With the popularity of MARVEL at the time, the February 2019 direct mail acquisition was strategically mailed to a larger quantity, requiring an expansion of the audience. Our challenge was to secure enough promising names and create a cohesive package that promoted three very different exhibitions that appealed to three different target audiences. The package was developed to present the benefit of becoming a member and receiving priority and special perks for all three exhibitions, while emphasizing the savings.

The package featured a fun and engaging comic book theme, inspired by MARVEL with engaging pictures of visitors at the Institute transformed to look like comics. Important messages were highlighted with fun shapes and comic book fonts. The package was strategically timed to arrive in homes the first week of February, before spring break, a popular time for visiting the Institute. This timing allowed for the promotion of all three special exhibitions, while adding to the excitement building before the MARVEL opening.

Campaign results far exceeded expectations, earning 16% more gifts and a 19% higher response rate than projected. The average gift exceeded projections by 12%, resulting in outstanding net revenues 71% above projections. The project achieved a net income of $92.41 per donor and an ROI of $2.64, 40% higher than the ambitious projections. 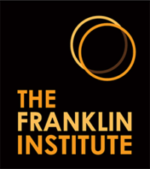 « Back to All Case Studies

Learn how we can help you succeed

Stay in the know!

Get insights, best practices, and case studies delivered to your inbox quarterly.

Our mission is your success. Let us know how we can help you meet your fundraising program goals.